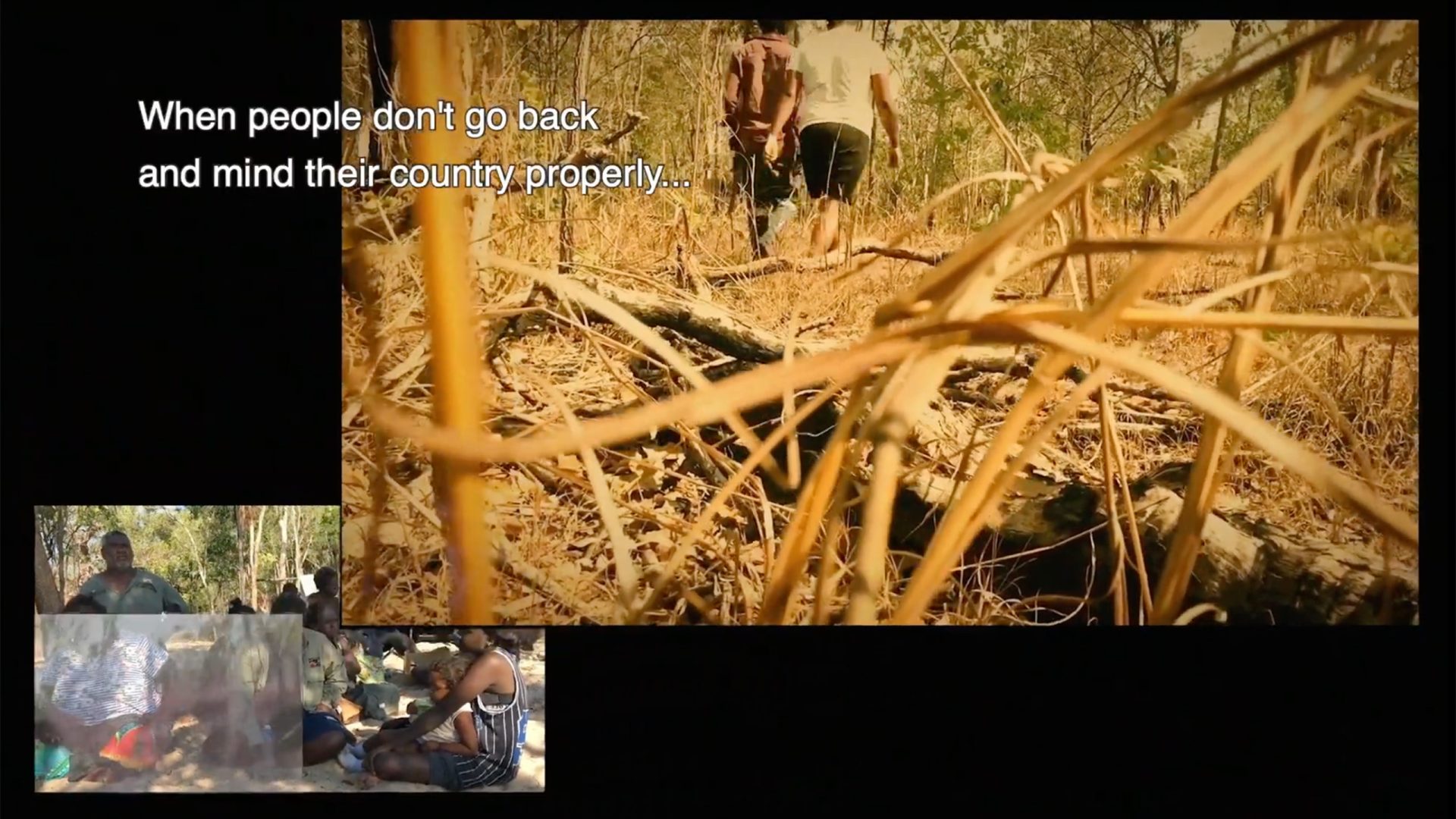 “Karrabing” is an Emmiyengal word referring when the seas around the Anson Bay region, southwest of Darwin, Northern Territory, Australia are at their lowest and set to return to shore. As Natasha Bigfoot, and Emmiyenggal Karrabing member says, it is “a word that reflects different great conditions of existence.”

Karrabing Film Collective is a family-based filmmaking group with friendship and solidarity at its core. The Collective began around 2009 when, because of precarious conditions on the Belyuen Community where members lived, members decided to use film and art to dramatize and satirize the daily scenarios and obstacles that collective members face in their various interactions with corporate and state entities. Elizabeth A. Povinelli, one of the founding members of the Karrabing Film Collective who has known and lived with members since 1984. Here she discusses the Karrabing’s two clan project, on the one hand, the Simonaz clan of Povinelli’s from the Italian Alps and, on the other hand, the Karrabing ancestral clans of the Anson Bay region. How do we think of the cascading relations of affiliation and difference that have emerged among us as they two clan-based families entered and moved through the history of settler colonialism, the Black Atlantic, and the Indigenous Pacific.

Elizabeth A. Povinelli is an anthropologist and filmmaker. She is the Franz Boas Professor of Anthropology at Columbia University, New York; Corresponding Fellow of the Australian Academy for the Humanities; and one of the founding members of the Karrabing Film Collective. Her recent publications include Geontologies: A Requiem to Late Liberalism (2016) and The Inheritance (2020). Povinelli lives and works in New York and Darwin.

Karrabing Film Collective (2021 Afield Fellow) acts as a tool to amplify voice, circulate their vision, and accumulate social and financial resources for the community. Karrabing has therefore produced eight creative nonfiction/fiction films, five short commissioned films, and a series of installations accompanying screenings in multiple galleries, biennales, and film festivals around the world. Their works have been acquired by private foundations, and they have acquired ten passports for indigenous Karrabing members, allowing them to travel and present their work and vision globally as well as nationally.